A slice of the Hawaiian tropics in the desert 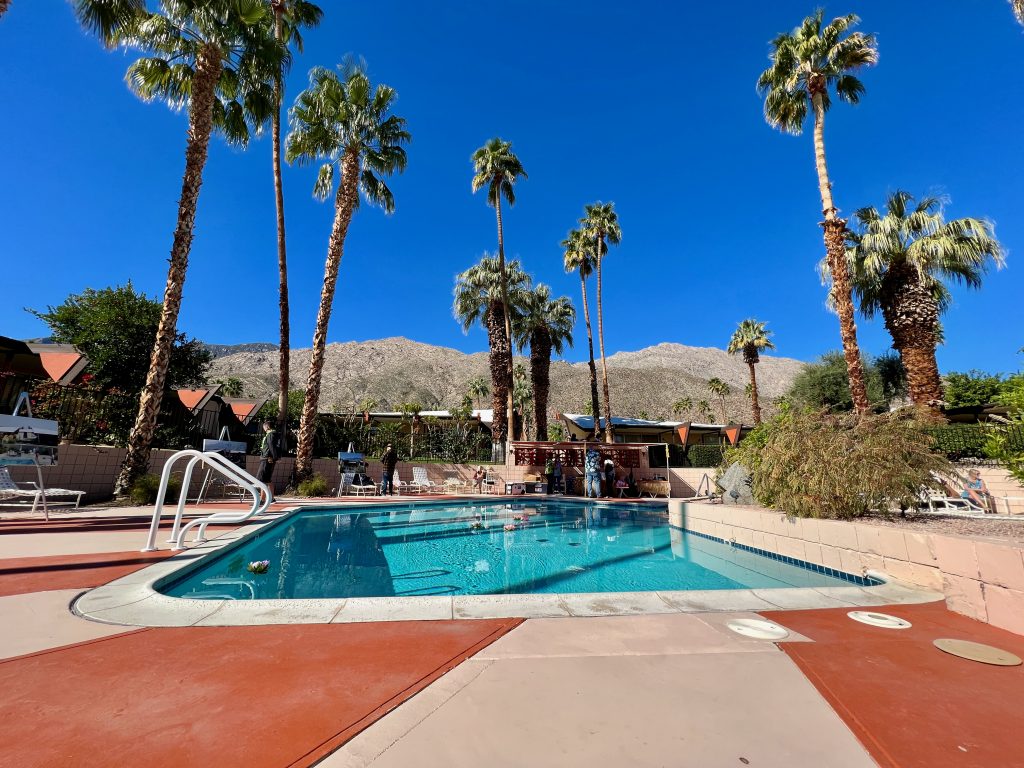 The downtown area of Palm Springs gets a lot of attention, but the truth is the local neighborhoods are where all the magic happens. Some are traditional, others are kitschy, but all are beautiful in their own way.

What is Royal Hawaiian Estates?

The Royal Hawaiian Estates is a neighborhood in Palm Springs, the first to receive a Class 1 designation as a Historic Residential District (in 2010). Royal Hawaiian Estates consists of 40 lots within twelve buildings over five acres of land, built initially in two identical tracts. The west side of the neighborhood opened in 1961, with the east side following a year later, in 1962. 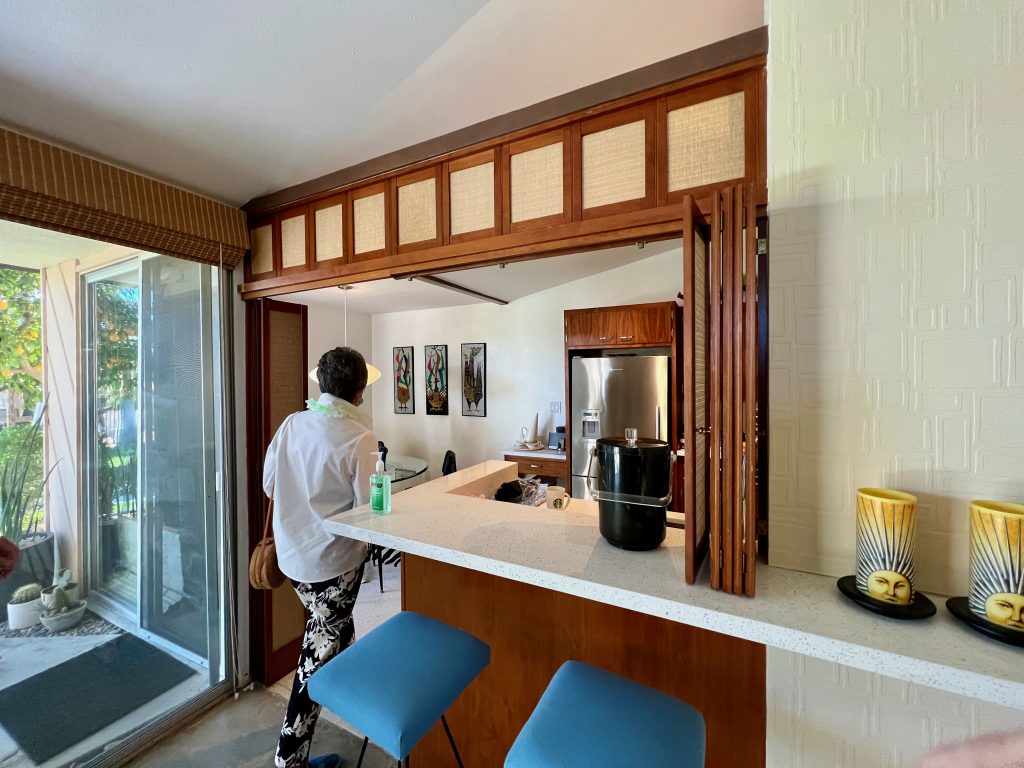 In the ’50s, the islands of the South Pacific became popular due to films and magazine articles about places American soldiers and sailors had visited during World War Two. Tiki bars were all the rage. Developer Phil Short was enthralled by the esthetic and commissioned designs that evoked the leisurely lifestyle and the idea of an escape to the tropics.

The buildings fell into disrepair over time, though the historical designation provided a new way to fund repairs. The upkeep on the properties is raised through fundraisers like the Tiki-A-Go-Go party, which happens during Modernism Week. Many of the residents open their homes to tours during the architectural celebration. 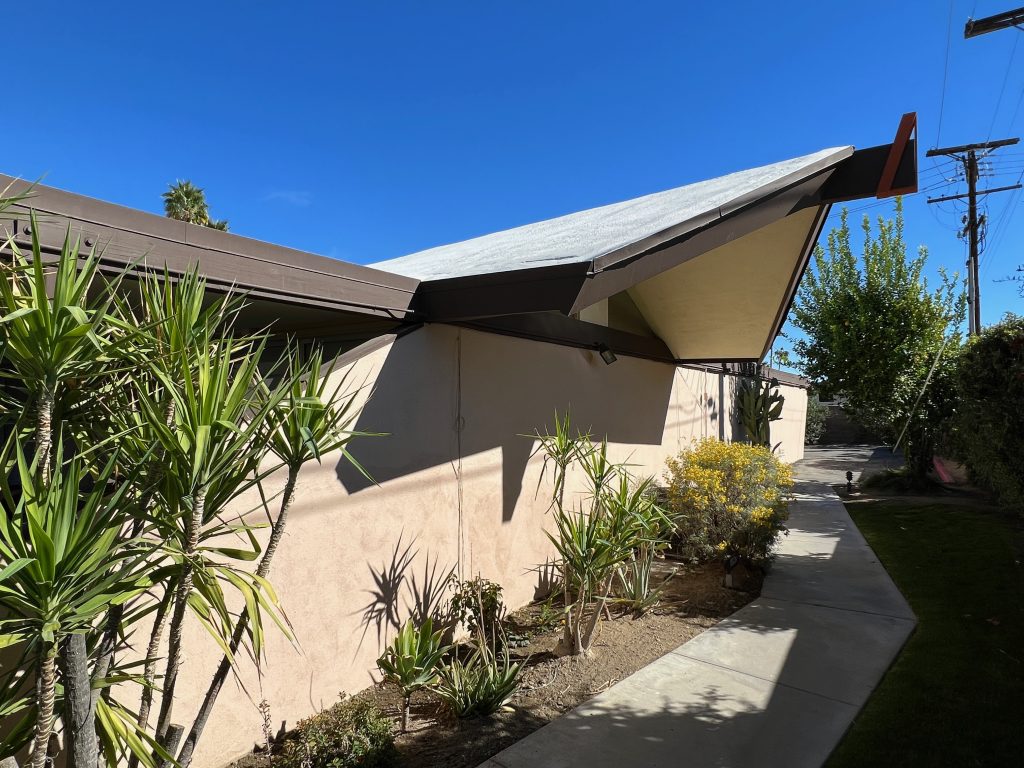 Where is Royal Hawaiian Estates?

Royal Hawaiian Estates is located in the south-eastern section of Palm Springs, bounded by South Palm Canyon Drive to the east, and Twin Palms Drive to the north. The development was the first Hawaiian-themed structure to be built in Palm Springs. 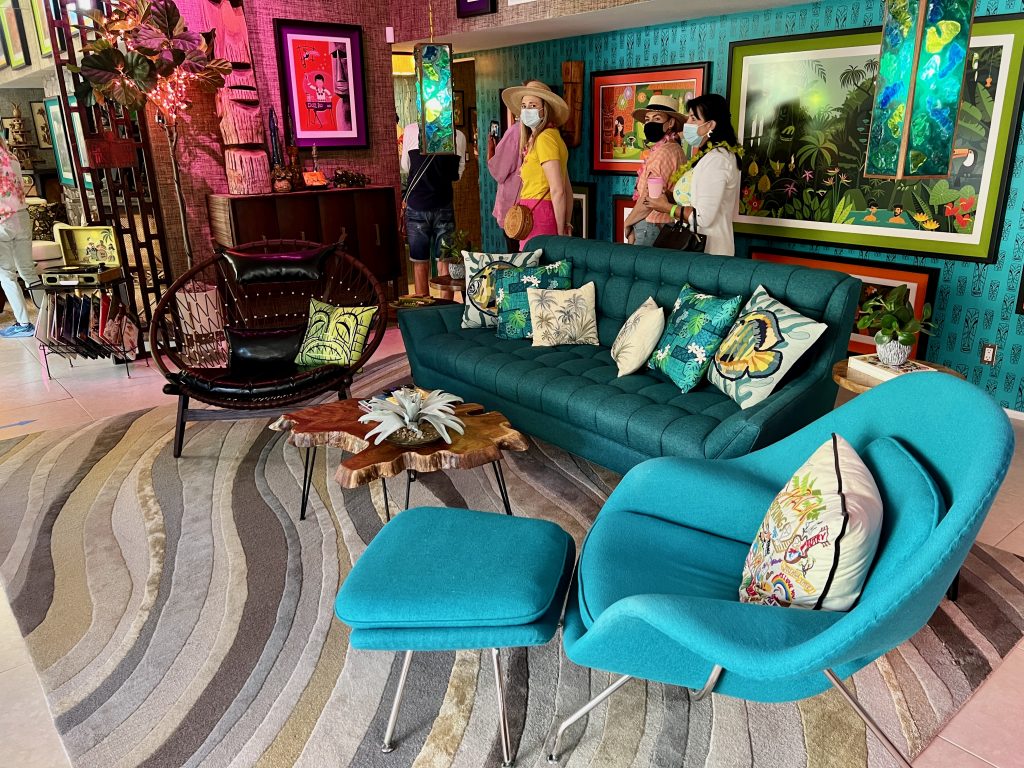 The Royal Hawaiian Estates was designed by Donald Wexler and Richard Harrison in 1959 and 1960 and combined clean, efficient lines in keeping with modernist concepts with Polynesian themes. Wexler handled the interiors, while Harrison created the exterior qualities. There are twelve buildings containing either three or four units, with each unit owner taking responsibility for the exterior maintenance of their property.

The designs featured exposed beams that were specially milled and cured for the development. The “Tiki-apexes”, an angled beam element created specifically for the community, was instrumental in declaring the neighborhood a Historic District. It was a wholly unique and original element.

What features do Royal Hawaiian Estates Homes Have?

The homes in Royal Hawaiian Estates feature angled ridge beams with “tiki-apexes,” and the patios are covered by beam extensions that are meant to be reminiscent of outrigger canoes (called “Flying Sevens”). Some of the buildings have exterior rock patterns that evoke the volcanic rocks and landscape of the South Pacific Islands. The units originally featured terrazzo floors and wall-to-wall carpeting. They also contained shoji screen partitions between the kitchen and living room, counter-mounted ovens and blenders, mahogany cabinets, and stainless steel seashell knobs in the bathrooms.

They also feature “fascia of the gables,” a Polynesian architectural element. They feature vaulted ceilings, sliding glass doors, and outdoor lanais. There are two large community pools surrounded by Moai.

The grounds are covered with tiki statues and other features to provide a tropical feel. 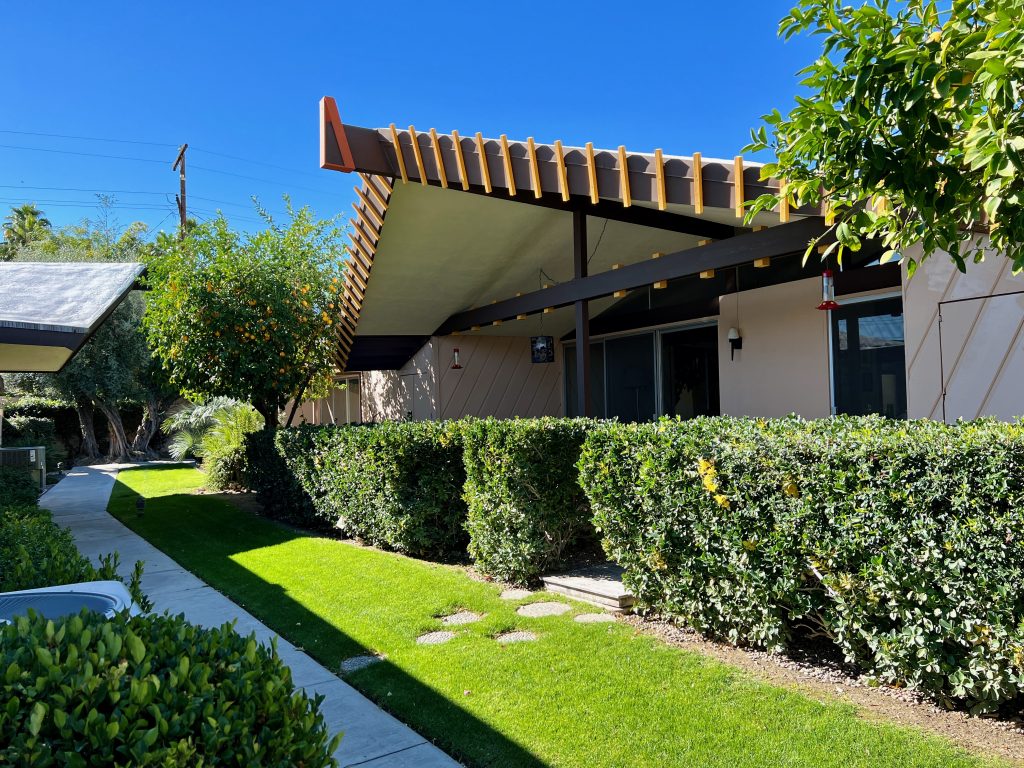