The homes are small but the impact is large in Sunmor. 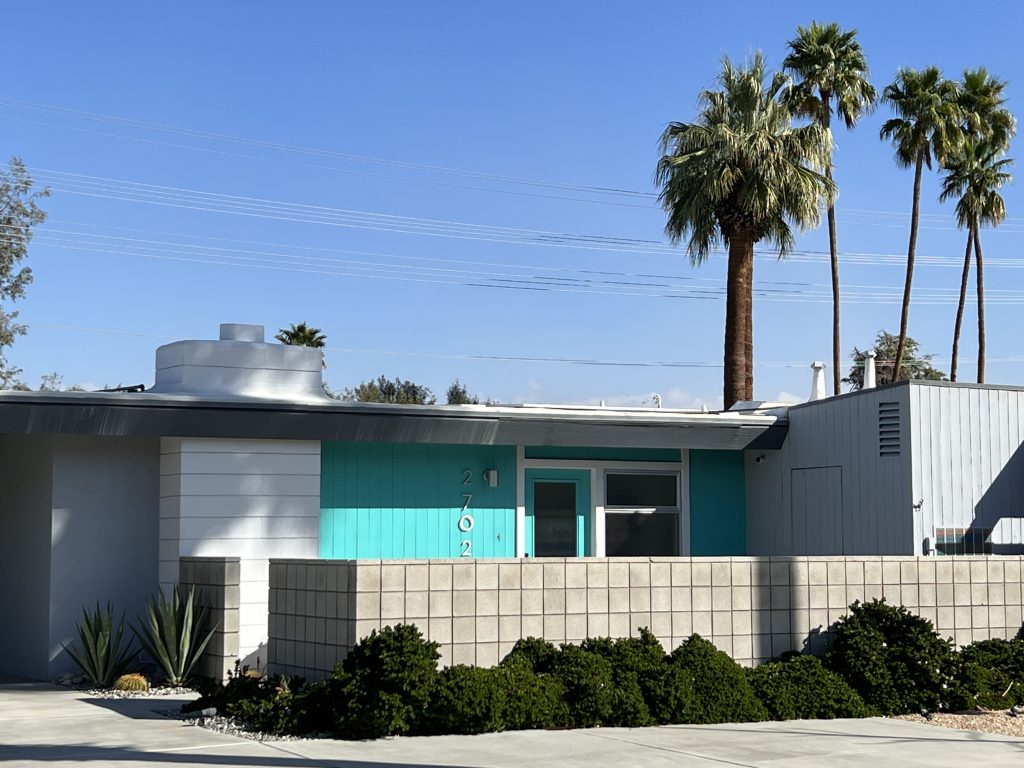 Sunmor Estates is a neighborhood in Palm Springs built in 1955 by developer Bob Higgins, designed by Donald Wexler (also known for designing the Palm Springs International Airport) and Richard Harrison. Wexler and Harrison designed the first 11 homes in the area. The Alexander Construction Company took over the development in 1957 and brought in William Krisel to design homes in adjacent land tracts (known as the Alexander Homes). Two tracts were added later in 1960, designed by Jack Meiselman,  and 1962 with a small number of homes that differ from the first two tracts. There are 141 homes in the Sunmor Estates area.

Sunmor gets its name because the neighborhood receives more sun than homes closer to the mountains. Liberace and Gloria Swanson owned homes in the Sunmor Estates area, as did former Palm Springs “cowboy mayor” Frank Bogert, who was an actor, rodeo announcer, and author, and served the Mayor of Palm Springs from 1982-1988, when he was replaced by singer Sono Bono.

What architectural style is Sunmor Estates?

The Sunmor Estates area was designed in a mid-century modern architectural style. Having four different architects bringing their own touches to a similar concept creates an exciting take on mid-century modern. When the community was built, an effort was made to keep pricing down and make the home affordable. 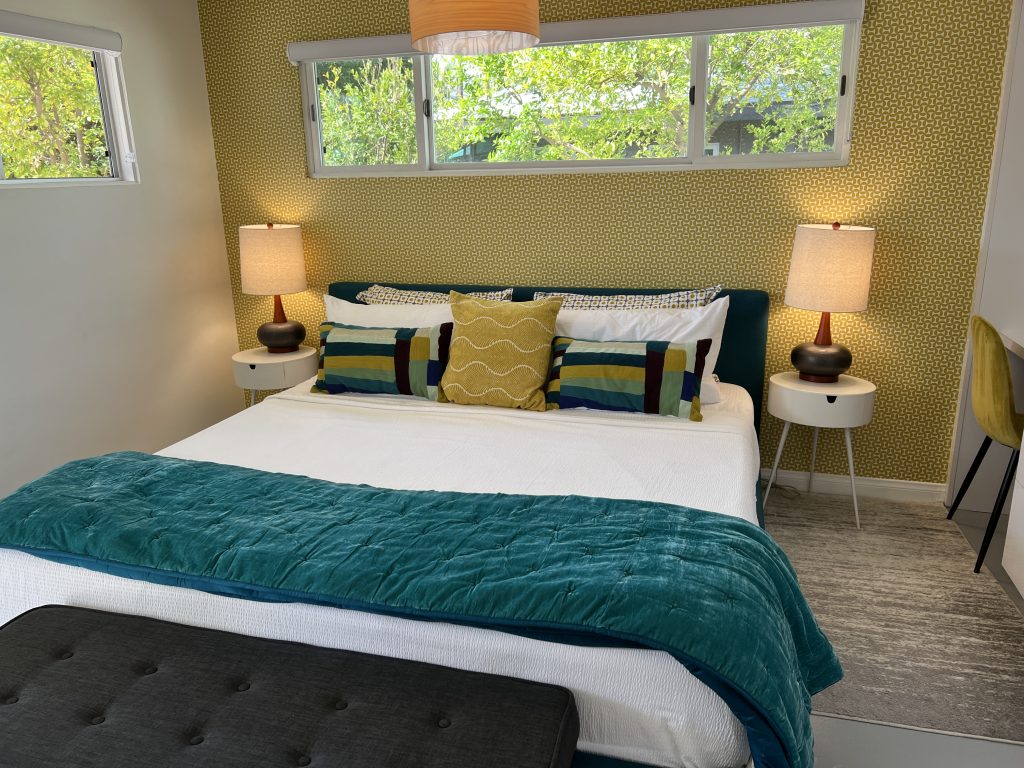 Sunmor Estates is located just west of Palm Springs International Airport, bounded by North Farrell Drive to the West and North Civic Drive to the East. It’s also bordered by East Alejo Road to the North and East Andreas Road to the South.

What features do Sunmor Estates Homes Have?

Like many mid-century modern homes, the Sunmor Estate properties are known for their post and beam style, though they offer a variety of roof styles, including flat, butterfly, and low-pitch gable. Most are 3 or 4 bedrooms, with the square footage in the 1,000 to 3000 range. Many of the homes feature an abundance of glass to take advantage of views and sunlight. The homes featured 440 square foot carports and exposed tongue and groove ceilings, and plenty of owners have embraced mi-century modern and kitch when it comes to the aesthetics. Today, many of these homes act as short and medium term rentals for visitors. 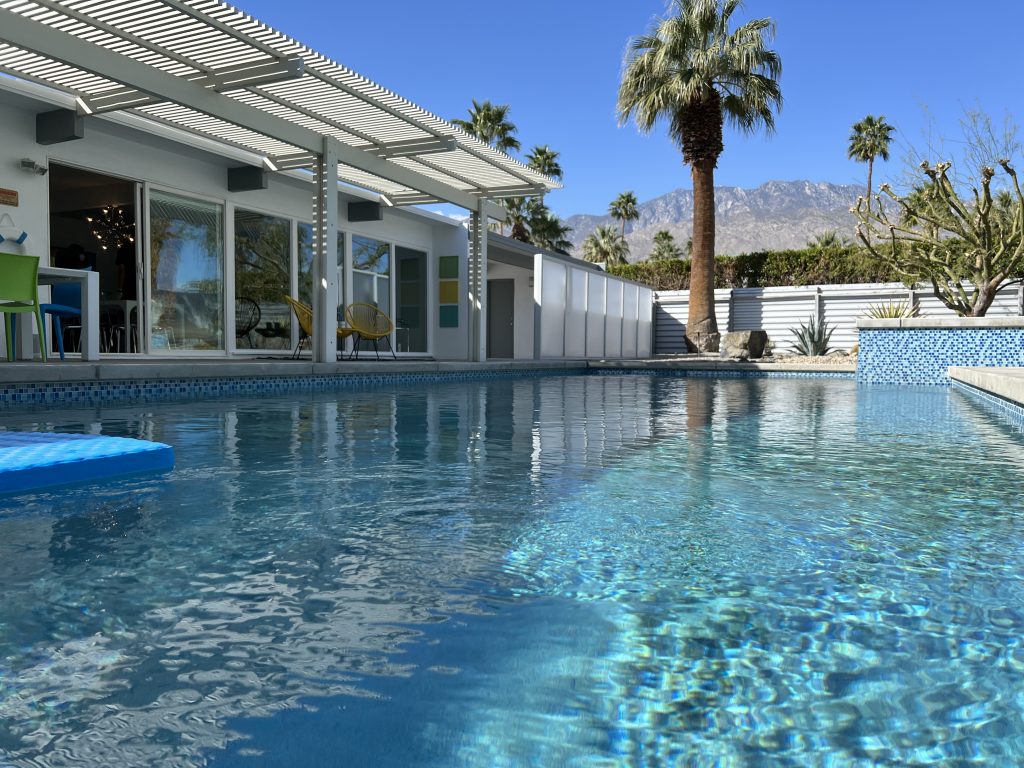 What amenities are close to Sunmor Estates?