Where Frank Sinatra hid out

Frank Sinatra reached a level of stardom that other Hollywood elites can only dream about. He was the first singer to have legions of young teens screaming and crying when he performed sold-out shows across the United States and overseas. He even reinvented himself as a movie star, winning an Academy Award in the process.  Fans are well aware that he loved the Palm Springs area and spent a lot of time there in his palatial Twin Palms property. But many don’t realize that Frank had a mountain getaway from his desert getaway. Find out more about Villa Maggio, Frank Sinatra’s secret mountain home.

Sinatra was a very driven man who cared little for sleep or downtime. The evening started at midnight when you were with Sinatra and ended when Frank said it was over.  He soon discovered that his popularity meant having photographers follow him everywhere, making it difficult to really cut loose. So Frank did what many Hollywood stars before him had done. He got out of town.

Palm Springs became a popular destination for movie stars looking to escape Los Angeles. It’s perfectly situated, being within two hours of L.A. (something the studios demanded of their actors who were on call), yet far enough that the paparazzi wouldn’t make the trip out on the possibility of getting some shots.

Why did Frank Sinatra build another secret getaway?

Sinatra loved the area, and in 1947 after making his first million, he built Twin Palms, a gorgeous property in the “Movie Colony” area, surrounded by neighbors like Bing Crosby, Jack Benny, and Al Jolson. He had a Jack Daniels flag made, which he would hoist when cocktail hour was on, alerting his friends and neighbors of a can’t miss event. The master bedroom has a sink that contains a crack in it from when Sinatra reportedly threw a champagne bottle at Ava Gardner during one of their legendary arguments.

How did Villa Maggio get its name?

But even the secluded beauty of Twin Palms became too busy and crowded at times. So in 1967, Sinatra built another property in the mountains above Palm Desert in a tiny community called Mountain Center, California, calling it Villa Maggio. It was named after his character in “From Here To Eternity,” winning him the Best Supporting Actor Academy Award in 1954. The film came at a time when Sinatra’s star had begun to dim, and he found himself out of the limelight. The award and the film immediately supercharged his career, and Sinatra appeared in a number of films throughout the decade, including “Guys and Dolls,” “High Society,” “Pal Joey,” and “The Man With The Golden Arm”(for which he received a Best Actor nomination). 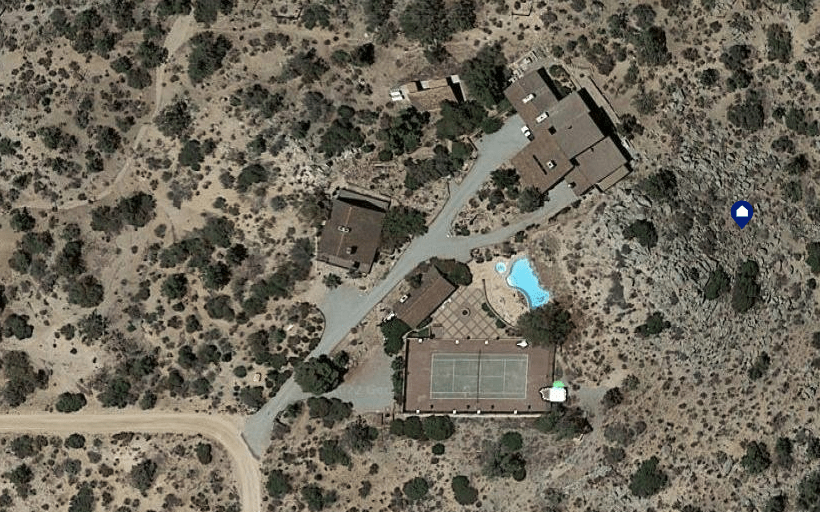 Villa Maggio is remote, with no neighbours anywhere close by, in stark contrast to his Twin Palms estate. This mountain escape was a testament to Sinatra’s star power; a 7.5-acre property built 4,300 feet above the desert, where the temperature is about 20 degrees cooler than down below. Designed by architect Ross Patton, Villa Maggio itself is a 6,500 square foot A-frame with a Mid-Century style. The property is comprised of the main house, a guest house, and a pool house. The property has nine bedrooms, three kitchens, and while there is some controversy over the exact number, between 12 and 13.5 bathrooms. There are also nine fireplaces. The guest house features its own full kitchen, stone fireplace, and a deck, and the poolhouse also has a stone fireplace and smaller kitchen.

The property features separate generators for the main and guest houses, a well, and also a water tower. It is located at the end of a gated private driveway, just 20 minutes from the center of Palm Desert. 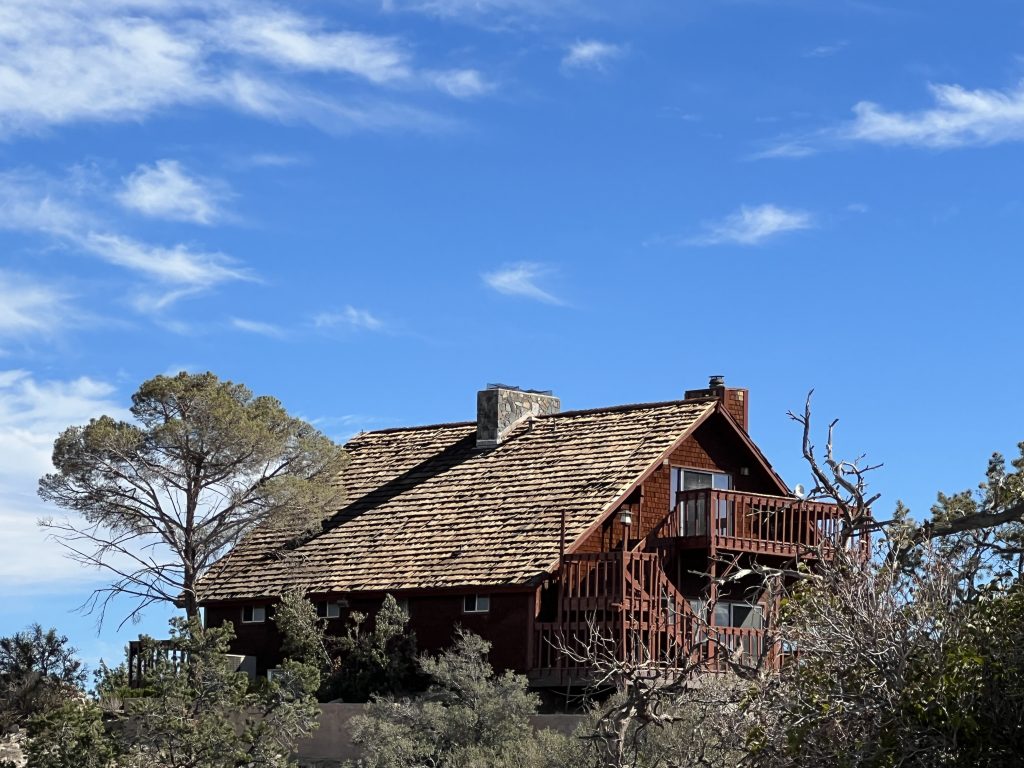 Visitors would have no problem finding a spot in the parking lot, which holds around 20 vehicles. Of course, Frank would have been more likely to simply head out to the helipad and been whisked off to Palm Springs in style.

Villa Maggio has hardwood floors, enormous ceilings, and plenty of deck space to enjoy the uninterrupted views of the Coachella Valley. It features a spacious yet secluded swimming pool and hot tub, as well as a full-sized tennis court. There are two saunas in the pool house.