Press Play for the Audio Tour

Jamie Lee Curtis may be one of the most famous Curtis’ in Hollywood right now, but her parents were once world famous actors and stars in the Hollywood spotlight.

Tony Curtis (1925 – 2010) and Janet Leigh (1927 – 2004) met at a party in the 1950’s and eventually married (from 1951 to 1962). Tony Curtis was a classically handsome actor with a career spanning 60 years, and was perhaps best know for the movie Some Like It Hot. Like many stars of this era, Tony was really someone else: Tony Curtis was born Bernard Schwartz, to Jewish immigrants from Hungary, and changed his name to something the studios of that time period would find more marketable.
Janet Leigh’s own career was remarkable too. She’s remembered for the infamous shower scene as Marion Crane in Alfred Hitchcock’s classic thriller, ‘Psycho’.

Perhaps lesser known about the two, but still a noteworthy piece of their lives, is their former home at 641 N. Camino Real in Palm Springs, California. The home was built in 1960 by Roy Fey, who is now mostly known for introducing the concept of condominiums to the Palm Springs area. The Curtis home sits on a third of an acre of land in the Movie Colony neighborhood, which —as you might infer from the name— is a neighborhood that has been home to many celebrities over the years.

The 5-bedroom, 5-bathroom house spans 3,200 square feet and would ultimately become known as “Camp Curtis.” This house is where Jamie Lee and her sister, Kelly, were raised. Curtis and Leigh divorced in 1962 and when asked about it, Leigh said it was due to “outside problems” including the death of Curtis’s father.

Curtis, on the other hand, claimed that “Leigh began bossing me around, just as my mother had bossed my father around,” so the marriage could not survive. Today we might call this “irreconcilable differences”. Even so, Leigh notably married stockbroker Robert Brandt the day after her divorce from Curtis was finalized, so you can draw your own conclusions about the entire situation.

But enough about the family drama! While Fey is credited for the gem at 641 N. Camino Real, iconic Palm Springs architect Donald Wexler is believed to have contributed a bit of his expertise to the design and Tony himself also apparently had a say in the design of his home.

On the inside, the house features the typical mid-century modern post-and-beam construction with tongue-and-groove ceilings and— a standout feature of a midcentury modern house—floor to ceiling glass doors and windows. The living room features a stone fireplace and plenty of space to entertain. The exposed, wood-beamed ceilings remain, and the home has maintained its original travertine flooring.

As with most celebrity (and non-celebrity) homes in the area, the property is gated to ensure privacy and it also features a swimming pool in the enclosed yard, an in-ground hot tub, and a detached guest house. The wall surrounding the pool is lined with tall shrubs to avoid prying eyes. The home has a “box-y,” square-like feel from the outside and, in typical mid-century modern fashion, is mostly white but has pops of lighter, subtle blues.

Drink in a final look and we’ll move on… 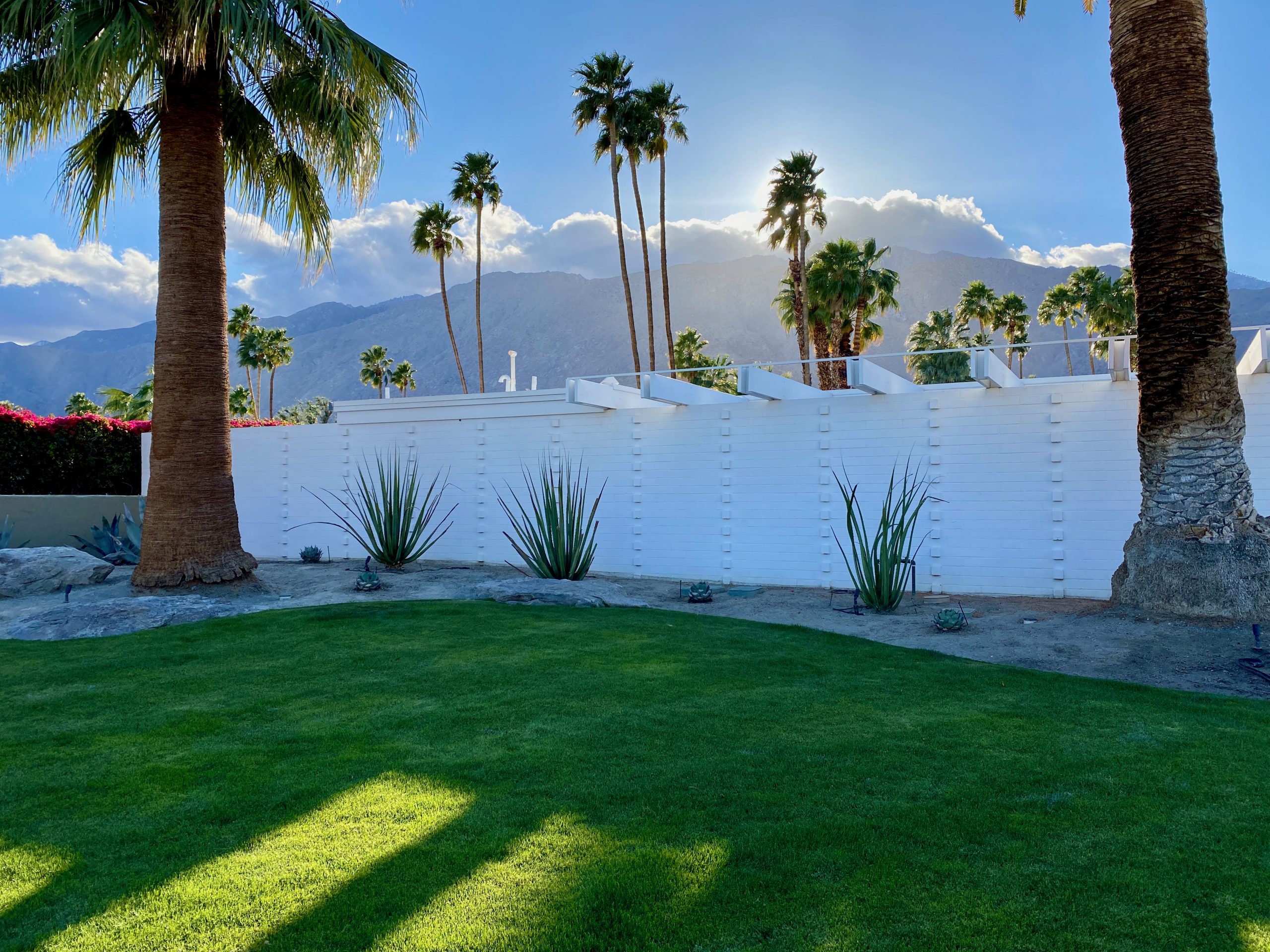 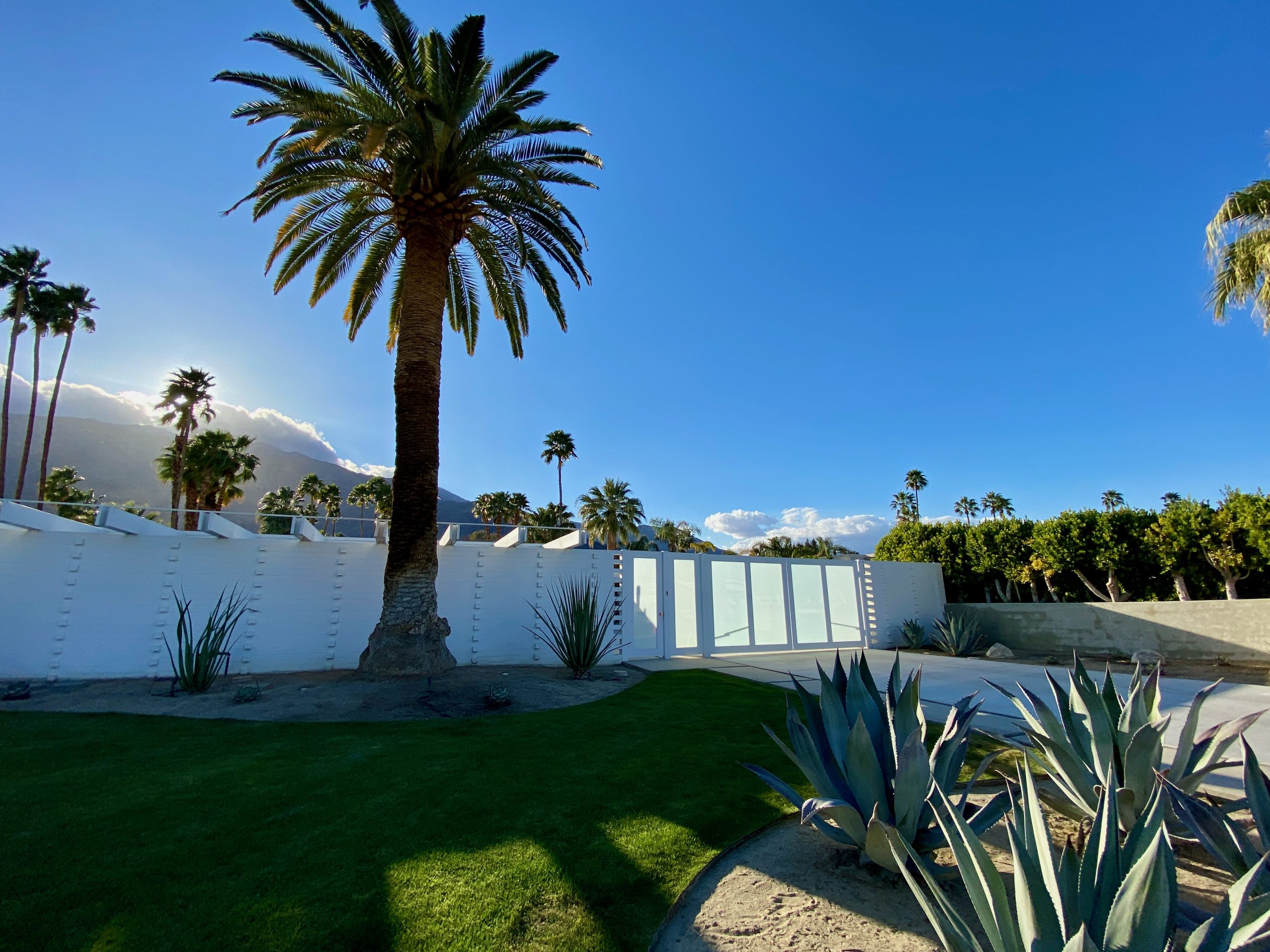 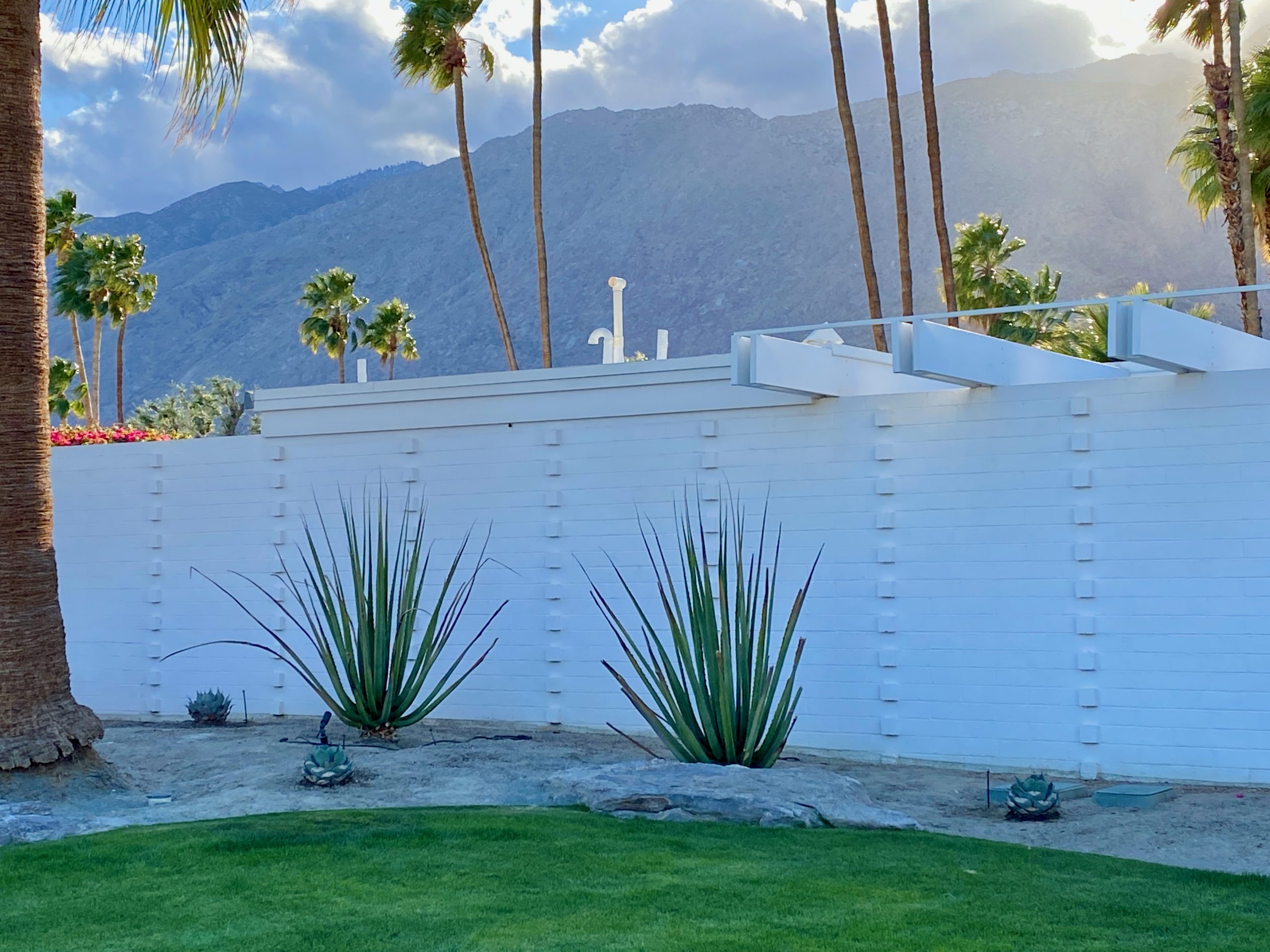 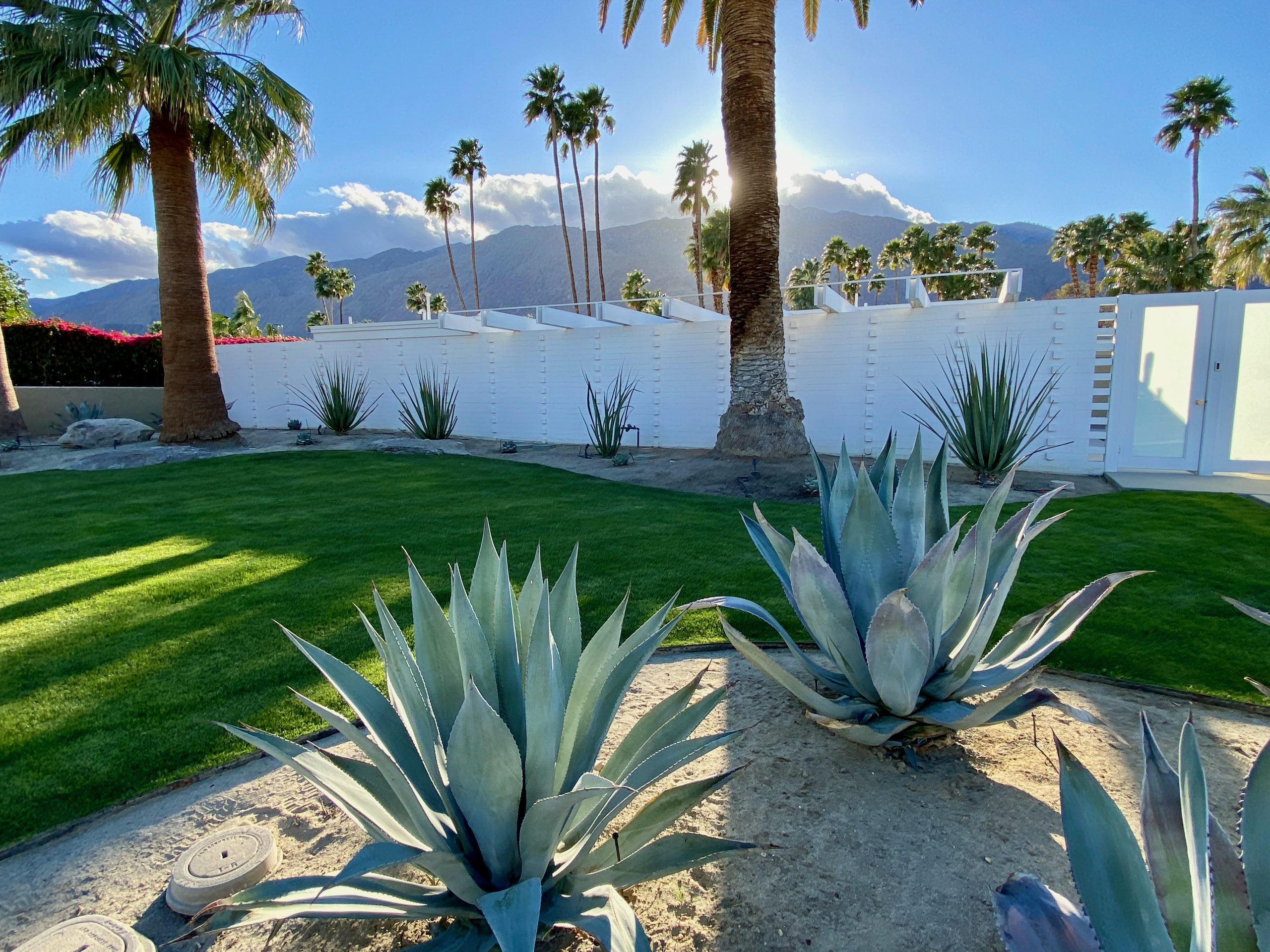 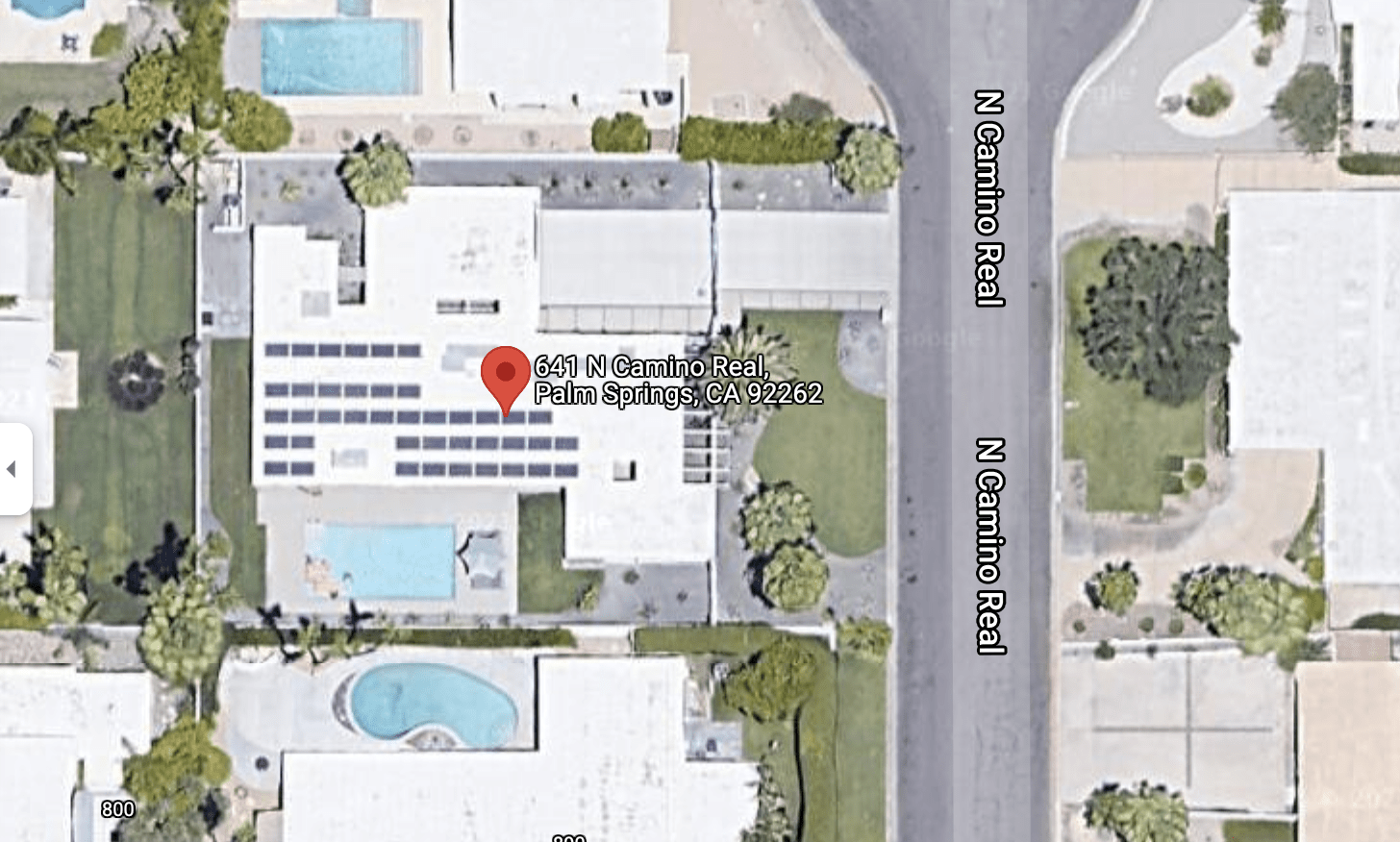 Your Next Stop is...

You can use Google Maps to get directions to the next stop by tapping the blue button below. Just make sure you come back to this browser to continue your tour.

You'll know you're at the next tour stop when you see this... 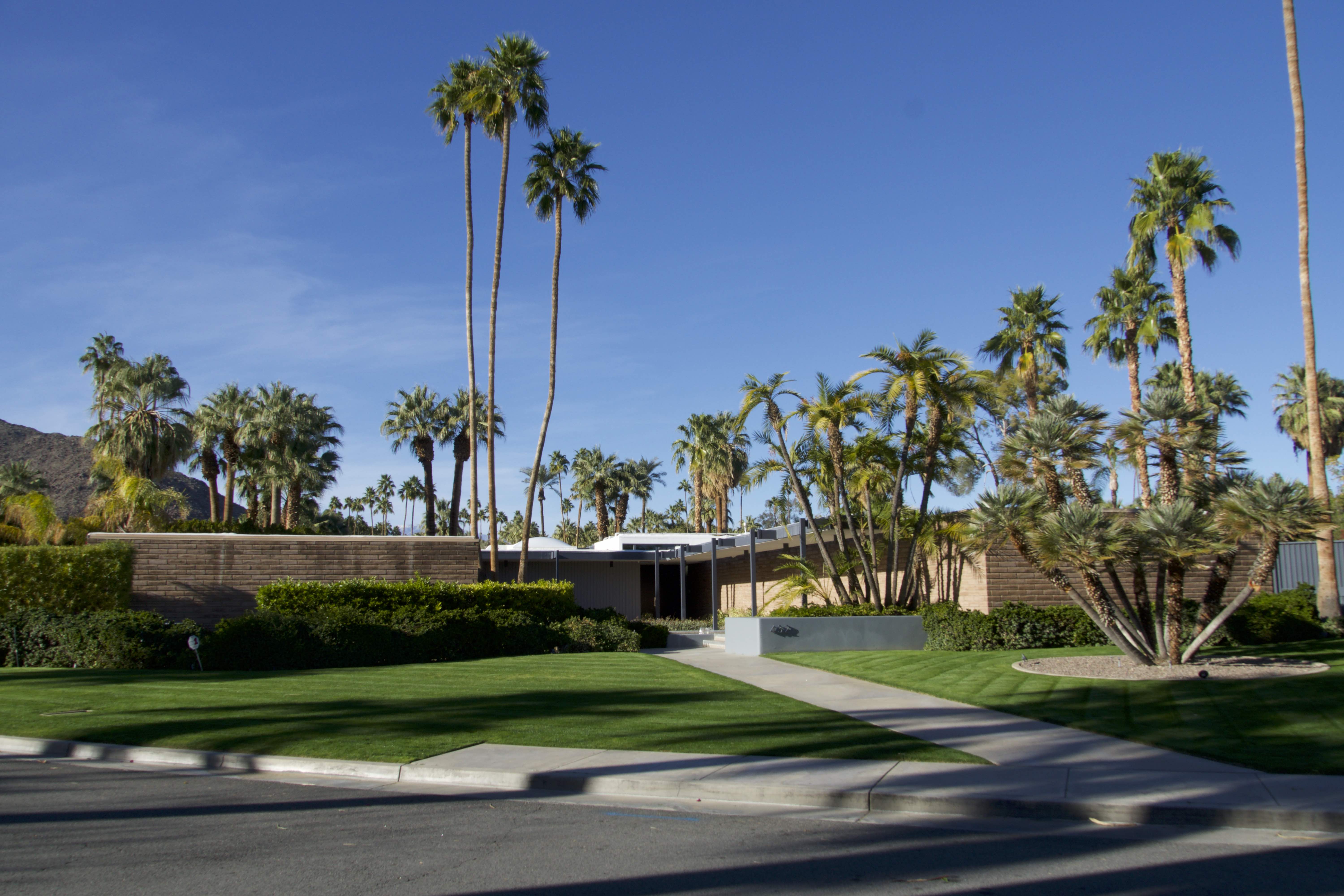 When you've arrived and are ready to hear the next audio file, press 'Continue/Next'

(Depending on your device, you may have to tap it more than once.)

Tap 'Continue' to move on to the next tour stop. If you've already visited this tour stop in the past and you don't see the 'Continue' button, you can navigate to the next lesson by tapping 'Next.'